Africa is a vast wilderness. The continent is enormous – nearly the size of Asia – but remains practically unexplored for the vast majority of westerners. This should come as no surprise: actually getting around in the country is difficult. For centuries, the population has been spread out over the Savannah in small farming communities, and so it’s never really been connected together like towns and cities in Europe. In a sense, until recently, Africa was a continent of independently operating tribes who only occasionally made the journey to meet up and trade.

What this means in practice is that Africa has a fundamentally different character to other parts of the world. Australia might be hot in its interior like Africa, but it’s practically deserted. Asia might have developing regions, like Karachi in India, but these Asian regions are far more crowded. Africa is a true wilderness still in many respects, and it’s all thanks to the way people there have lived.

Traveling to Africa for the first time can be a daunting prospect. Civilization isn’t the same here. In fact, in Africa, it’s pretty easy to find yourself in the middle of nowhere without any signal pretty quickly, especially if you leave a regional hub like Nairobi or Addis Ababa. What you get in return, however, is nothing short of stunning. Though the continent might be poor, it does not lack beauty and nature outside of the city is nothing short of breathtaking.

So what should the first-time Africa traveler know about this vast continent before they make the trip?

Cultural life in Africa is very different to how it is in the West meaning that there are a number of things you should know before you travel. The first is pointing. In many parts of Africa, pointing is considered either rude or downright offensive. The reasons for this aren’t entirely clear, but it is something which has come out of the continent’s rich and varied history. If you really need to point to give directions or tell somebody where you’re headed, use an alternative – perhaps signalling with your eyes or tilting your head.

Another thing to be aware of is silence in conversations. In the West, long pauses in the middle of conversations are often considered rude. However, in Africa, they’re a normal part of everyday interactions and to be expected. If you’re visiting a family, don’t be surprised if things get quiet at dinner. It doesn’t mean that there’s anything wrong, it just means that whatever needed to be said has been.

Finally, Africa remains a tribal land. Here, revering one’s ancestors is the norm. Unsurprisingly, therefore, respecting one’s elders is a deep rooted part of the culture. In some families and tribal settings, it is just as central to life as religion is to many people living in Europe and America. For that reason, it is probably best to speak well of one’s family, especially one’s elders.

You’re At Risk Of Disease

When Westerners first tried to colonize Africa, it was a disaster. Almost half of the pilgrim fathers ended up dying during their trips to the continent. From that point onwards, Africa got a reputation for being deadly to westerners.

The good news is that protecting yourself in the twenty-first century is remarkably easy. Malaria tablets can be requested from an online doctor and, if you’re worried about rabid dogs, rabies shots are available too. You might also need a shot to prevent yellow fever, and if you’re traveling to South Africa, it’s a requirement to get into the country. Other than that, your childhood vaccinations should protect you from the majority of the communicable diseases on the continent.

Africa Is A Land Of Contrast

Africa is a continent that runs nearly six thousand miles. To the north is the Sahara Desert and to the south the tropical rainforest and, beyond that, thousands of miles of Savannah. You might think with deserts to the north and rainforests to the south that Africa doesn’t have much cold weather, but you’d be wrong. There are a number of places where you might find cold weather and snow. One is on the tops of the great peaks of Tanzania and Kenya, Mount Kilimanjaro and Mount Kenya. Both of these enormous mountains have glaciers and can reach a dangerously chilly minus ten degrees at their summits. This means that if you are planning on paying them a visit, you probably should consider packing some thermal clothing for the trip.

READ THIS:  1 week in Morocco: things to do and see 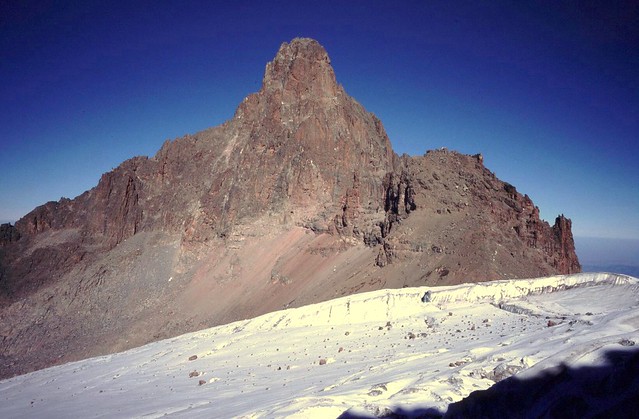 Africa also has skiing destinations too. In the winter, the Maluti Mountains in Lesotho and the Atlas Mountains in Morocco get cold enough for pistes to form on their peaks. To the surprise of many, skiing on the continent in a real thing.