Waterfalls are one of the most impressive things to see on your travels. They are majestic and mesmerizing. I admit I could spend hours watching and listening to waterfalls. If you are planning an India trip, you’ll be pleased to know that there are many amazing waterfalls in India that you can see.

This article presents you the best waterfalls of India to include on your India itinerary. They are from the entire country, so no matter which of the dream places to visit in India you choose, you’ll find some waterfalls on your way. The selection of India waterfalls is presented by Somnath from Travel Crusade.

Without further ado, let’s start the list of the most beautiful India waterfalls you have to see.

One of the hidden natural attractions on Earth that I would like to highlight would be the Jonha Falls in East India. The waterfall is sporadic and natural and located in the Ranchi town of Jharkhand. It’s one of the great places to see on your India holiday.

It is an epitome of a hanging valley waterfall. The height is almost 50 metres from which water falls and gradually descends.

If you want to get a complete view of the waterfalls you have to step down almost 800 metres from the top. There are stairs made for the easy passage of travellers to go down and get a longitudinal view of the entire water body.

The falls is believed to be caused by rejuvenation. There are a lot of guest houses in the region if one wants to spend a day or two across the forest reserves and acclimatize themselves with the surrounding environment.

The waterfall remains in full swing during the monsoons and one can witness a high stream of water flowing from the top. Johna Falls is definitely one of the best places to visit in India and one of the impressive India waterfalls to see.

READ THIS:  Visit The Most Extraordinary Places By Going With Emirates Flight Booking

Going a bit further, you can also witness another falls which is in close proximity with Jonha and is known by the name Sitadhara.

It is equally visited by tourists from all around the country and remains a treasure hunt for adventurers willing to spend the weekend with friends and families. When planning a trip to India, consider including this watterfall on your itinerary.

Another waterfall that has caught the attention of adventure enthusiasts and travellers is Jog Falls.

The Jog falls is located in the Shimoga district of Karnataka and is believed to the highest waterfalls in India.

The waterfall is huge and travellers need to descend to reach the baseline and the place where the stream turbulence is the highest. There are big rocks near the stream and one can also take a bath if they feel.

The Government of Karnataka has taken great strides to improve the economy of the region and support and preserve the rehabilitation in the region.

Travellers come from around the world to watch the majesty of this beautiful water body and enjoy the warmth of the region. You can easily see why I consider this one of the best waterdalls in India and one of the great places to see on your trip to India.

Hogenakkal waterfalls in Tamil Nadu is another big attraction in South India and people come to enjoy the weekends and spend a wonderful time with friends and families. The area is very big and you can also enjoy the options for boating and canoeing in the region. Discover what other amazing places you can visit in Tamil Nadu from our guide.

There are also options for body massage before taking the bath. People gather in huge numbers and enjoy the warmth and the offerings of the region.

The entire area under Hogenakkal is administered by the local government and remains one of the biggest tourist attractions in the Southern part of the country.

The waterfalls can be reached in 4 or 5 hours time from major hubs of South India and remains a treasure hunt for like-minded travellers and enthusiasts from around the country. Hogenakkal waterfalls would be a great stop on your India trip.

Another amazing waterfall, which has captured the hearts and minds of young and middle-aged individuals in Eastern India, is Hudru waterfall located in the Jharkhand region. This waterfall is one of the highest in Eastern India and is visited by travellers heavily during the monsoons. You can successfuly include it on your India holiday itinerary!

The waterfall is situated close to the Ranchi town and remains as one of the best weekend gateways and attracts a large number of visitors from around the country.

The waterfall remains an important sightseeing destination for travellers coming around the globe to watch the enigmatic beauty of Shillong. Make sure to see it on your holiday to India as you won’t regret it.

It takes a few hours to reach the waterfalls from Shillong which can be easily undertaken in a car. The waterfall is also believed to be named in conjunction with the Mausamai cave which is an important and big cave linking specific destinations including India and Bangladesh.

As you can easily see, when planning your holiday in India you can choose from a number of amazing waterfalls in India. They are spread across the country and they are all worthy to be visited. Make sure to include at least one on your India itinerary and prepare to be mesmerized.

READ THIS:  A Travel Guide for Colour Lovers #Infographic

Somnath is an avid traveler and writer who publishes his travel stories on the site ‘Travel Crusade‘. He started this journal in 2017 to promote destinations, places and cultural differences existing in different countries. He writes for various international media and journals across the world and is a professional travel writer. Follow him on Facebook and Twitter too. 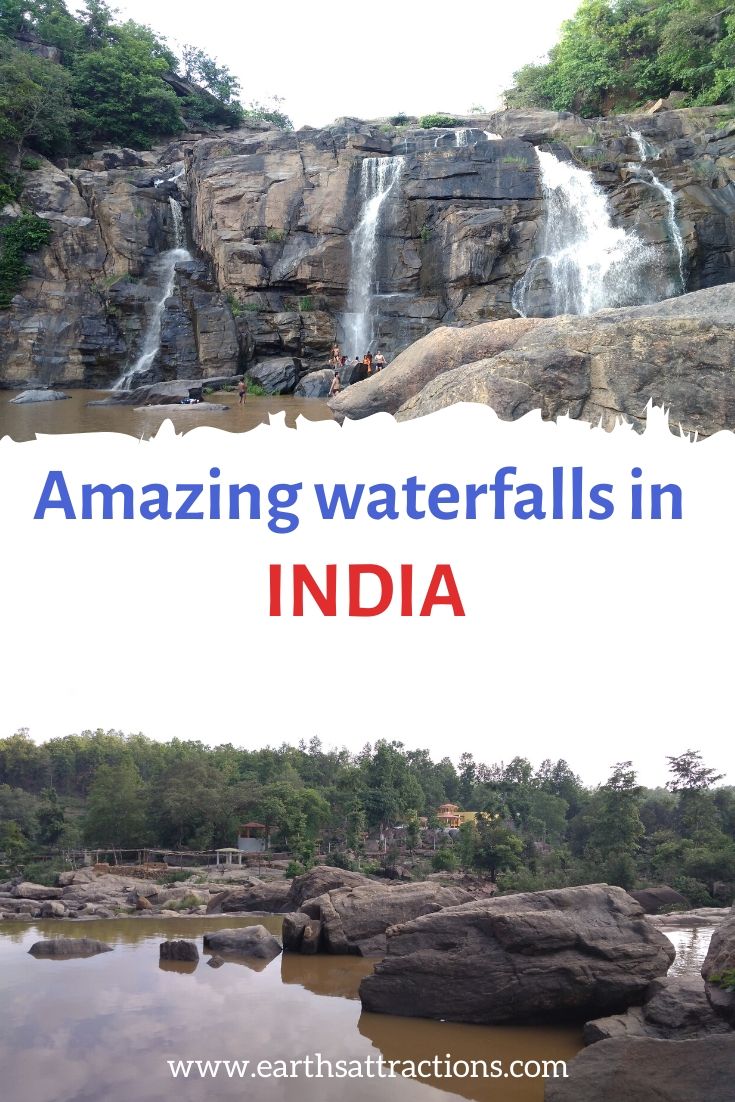