If you’re planning a trip to Oman, you should include some Oman forts and castles on your itinerary. You’ll be pleasantly surprised by what you’ll discover and you’ll learn more about Oman’s history and culture.

This article includes the top 5 castles and forts in Oman. These are the best places to visit in Oman, so make sure that no matter how long or short your Oman vacation is, you check them all.

The recommendations of historical places to visit in Oman, these amazing forts and castles in Oman, are presented by a local, Sreejith from The Picture Perfect Tales. Start creating your Oman bucket list with this article to get the most of your visit there.

5 Must-Visit Castles and Forts in Oman

Oman, one of the most underrated countries in the middle east is very much blessed with pristine nature and history.

Unlike other GCC countries, Oman doesn’t have the charm of a high tech metropolis but with an unending possibility to explore the rich history and cultural values, it holds within.

Numerous forts and castles along the country open an enormous opportunity to have a close encounter with the ancient Arabic architectural excellence as well as the Islamic culture. Methods and unique materials used in the construction makes the forts in Oman stand out from others.

Foreign invasions in the country also contributed many forts and there is a handful of them even within the City limits.

So visiting some of the major forts and castles can be possible as a day tour from the capital city itself. Here is a list of some of the best forts & castles not to be missed in Oman.

In the heart of Muscat by Mutrah corniche this fort stands like a crown to the city overlooking Mutrah Port. Built by the Portuguese in 1580 this fort used to guard the eastern side of the harbor.

Mutrah fort is one among the few forts on the rocky hills around old Muscat which are tactically built to keep a watch on enemy invasions and one of the best things to do in Muscat.

READ THIS:  The Best Road Trips in India: 10 Unmissable Scenic Drives in India

The main aim during the construction of this fort by the Portuguese was a defense technique against the Ottoman army and later it was served as a detention center also. Mutrah fort is one of the tall standing connection between the ancient and new age of Muscat and Mutrah.

Now it’s the perfect spot to enjoy the beauty of the sea and the corniche from atop. The fort was off-limit for the visitors for the past few years and is now renovated and opened for the public which makes it one of the best things to see in Oman and one of the top Oman forts to include in your Oman itinerary.

One and a half-hour drive from the city of Muscat is the cultural city of Nizwa which was once the Capital of Oman.

Because of the cultural significance and the deep-rooted history, Nizwa Fort is considered as the best fort in Oman and one of the most visited Oman tourist spots also.

The fort is surrounded by the Old market of Nizwa “the Nizwa Souq” and it is famous for the Friday market which is still happening in the old fashion.

Rather than just a Fort, it is built like a castle. Surrounded by the Al Hajir mountain ranges the views from the fort are breathtaking. It’s an amazing example of Omani culture and history. It is a perfect illustration of the Architectural excellence of ancient Omani people.

The actual construction of the old part of Nizwa fort dated from the 9th century and get renovated to the current structure in the 17th century. It plays a vital role in protecting the natural wealth of Nizwa from invaders as this area was part of some of the famous trade routes in ancient times.

Nizwa Fort has the biggest fort tower in the whole of Oman standing at a height of 30 meters and its cylindrical shape makes it a unique and easily identifiable structure.

Permanent exhibits are in every room of the fort pointing to the history and how it used to be the capital of Oman in the Past.

Jabreen Castle is considered to be the most beautiful castle in Oman. This can be easily visited during a day trip from Muscat to Nizwa.

It’s only a 30-minute drive from the Nizwa town so anybody who is visiting Nizwa fort can also add Jabreen castle to their itinerary.

Jabreen castle used to be the center for learning astrology, medicine, and Islamic laws during ancient times. It is surrounded by palm tree farms and agricultural fields making the castle an impressive sight.

This historically significant castle was constructed in the 17th century and is located in Bahla about 175kms away from the capital city of Muscat. Unlike other Omani forts, Jabreen castle was built basically as a palace because the construction happened not during the time of war.

The castle is three stories high with several towers on the corners and the interior is designed with well-decorated doors, windows, ceilings, and corridors. It’s impressive and one of the best places to visit in Oman.

It is one of the most historic fortresses situated at the foot of Al Hajir mountain ranges and also the only UNESCO world heritage listed fort in the country. Bahla also can be accommodated within the day trip to Nizwa.

Bahla is a very close city to Nizwa and is around a 2-hour drive from Muscat. Banu Nabhan tribe who dominated the central Omani region from the 12th to 15th century made Bahla their capital and established relationships with other tribal groups of the interior regions.

Bahla fort is constructed as a brick-walled oasis in the middle of the desert. Its construction is believed to be the best example of fortification by the ancient tribes in Oman.

The fort stands out from other forts not because of it’s constructional beauty but by the history and superstitious tales connected with it. There is a myth among the locals that Bahla Fort and the surroundings are haunted and is considered as the most haunted fort in Oman also.

Bahla was also the center of some occult practices and black magic which are believed to be practiced by many in this region even nowadays. Many stories of Jins and ghosts are circulating in the neighborhood which attracts some thrill-seekers also to this place.

Nakhal Fort is situated in the Al Batinah region of Oman, a little more than an hour’s drive from Muscat. It is considered to be the most popular fort in Oman after Nizwa fort and Jabreen castle.

Overlooking the Nakhal Town and surrounded by the orchard of palm trees the battlements provide a beautiful view of the Batinah region and also the old Nakhal village below it.

The fort is considered to be built in the pre-Islamic times around 1500 years ago but the exact time of construction is still unknown. The oldest recorded renovation of the fort happened in the 9th century and the outer walls and main gate are added to the fort in the 19th century.

Later it was renovated to its current form by Sultan Qaboos Bin Said in 1990. The fort houses a museum exhibiting historic guns. The Fort also hosts the weekly goat market to date.

The natural warm springs of Ain A’Thawwarah are very close to the fort and a visit there also can be combined along with Nakhal Fort.

Sreejith Rajmohan is an expat photoblogger based in Muscat, Oman for the last five years. His passion is to travel and capture the beauty of the places he visits through his lens. Sreejith documents all his travel adventure and photographs on his travel photo blog ‘The Picture Perfect Tales’. Follow him on Instagram, Facebook, and Pinterest too. 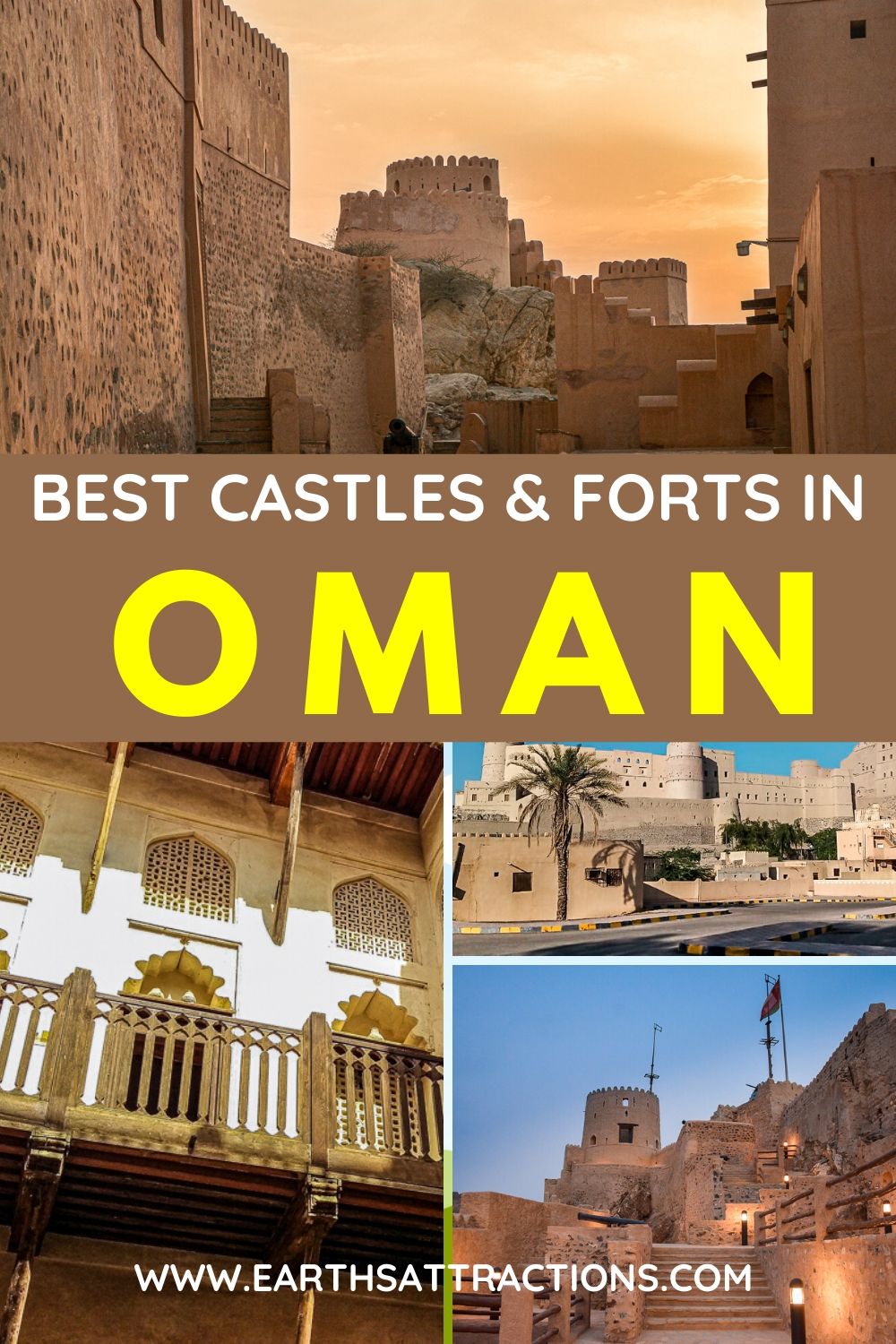 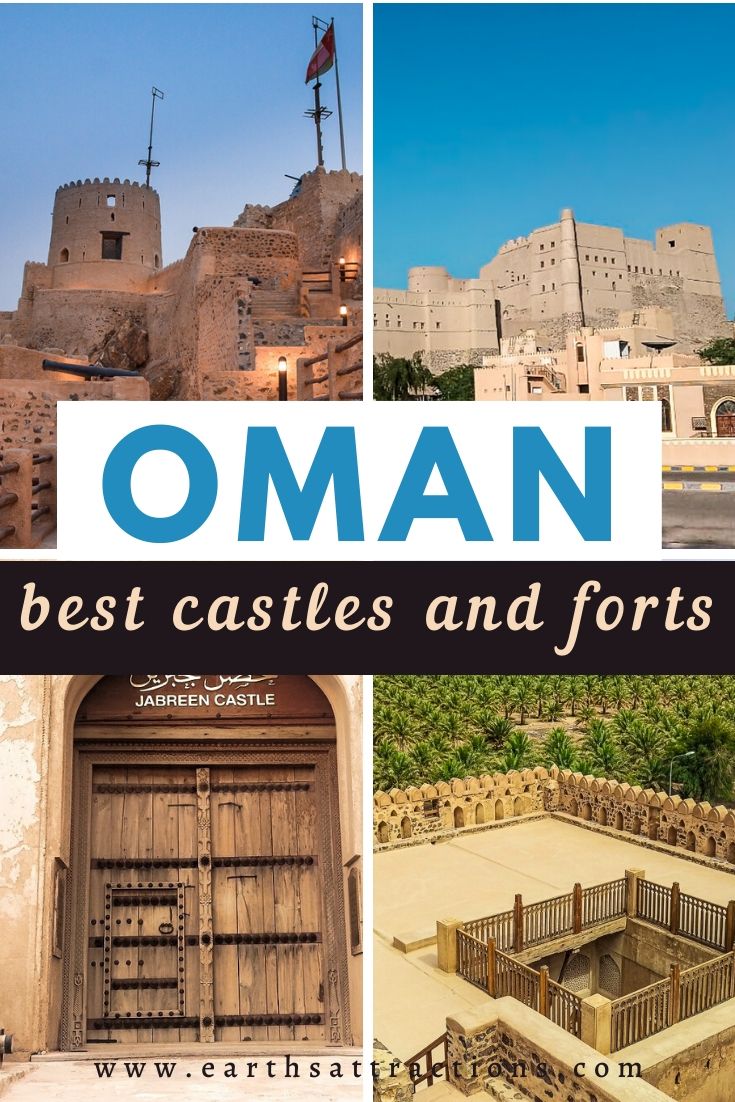