Camping is one of the most exciting outdoor activities you can think of. Everyone has their own motivation to go camping, whether to explore a new panoramic view, to bond with your family or friends, or to strengthen your physical power.

In recent years, Southeast Asia (SEA) has become a top choice for camping destinations due to its wild primitive nature, fascinating beaches, and sublime mountains. Here are 5 camping places in Southeast Asia that couldn’t be ignored.

Welcome to Vietnam and the Ta Xua Nature Reserve, a part of the Hoang Lien Son Mountain range, which is known as the “rooftop of Southeast Asia”. The most special view at this destination is the “field of clouds” that is bound around the peak of Ta Xua Mountain.

The Ta Xua Nature Reserve is located in the southeast region of Hoang Lien Son, which includes the Ta Xua Moutain that measures 1500-1800m above sea level. It has a cool atmosphere all year round, compared to the typical tropical weather of Vietnam.

Ask a local about Ta Xua, they would proudly tell you about their “hunting clouds” on the peak of Ta Xua Mountain. Who wouldn’t want to take up the challenge of camping in a dreamy world like that?

Going further beyond the south of Vietnam, we head to Malaysia where there is treasure named the Taman Negara National Park. It is known as the oldest primary rainforest in the world, having existed for 130 million years, and the biggest National Park that occupies three states in Malaysia.

As a tropical forest, Taman Negara has a dense mosaic of biodiversity, with thousands of species of wild animals living in harmony with nature. Hence, there are so many interesting things to do besides camping, such as bird watching, limestone cave exploration, and night excursions into the jungle. You can also walk on the longest canopy in the world, with a length of 530m and 40m above the ground.

One important thing to note is that you will have to pay a fee to enjoy the activities here and you will be accompanied by an authorized guide. These rules were put in place to preserve the rainforest from exploitation and ensure visitors’ security. Besides packing suitable clothes and the right footwear, you should also bring along a mosquito trap for a good sleep, or an insect repellent (bug spray).

Let’s travel to another amazing point on the Southeast Asia map – the Phnom Kulen National Park in Cambodia. Belonging to the focal point of this National Park is the Phnom Kulen Moutain, locating only 48km away from Siem Reap. In Khmer history, it is known as “the mountain of the God-King” and is the most sacred mountain in the country.
Camping in Phnom Kulen will be a memorable experience because there is a long trail to trek from the mountain’s base to the summit. Waterfalls, picnic areas, and temples can be found along the trail. The Park covers over 30 caves where the ancient locals worshipped the Hindu God Shiva. As a result of the presence of altars, sculptures, and carved Lingas, the area embodies a rich religious atmosphere. This location is ideal for those who want to immerse themselves in both nature and culture.

Standing exaltedly as the highest peak of the Phetchabun Mountain range is the Phu Tuk Berk, in the west Thailand. This is the home of the Hmong hill-tribe, so sometimes, it could be referred to as Phu Tab Berk, Tabberk, or Thap Boek.

Phu Tuk Berk is located at a height of 1,768m above sea level and is surrounded by many local agriculture farms. Because the weather is mild all year, you can find cabbages, strawberries, bell peppers, and flowers. The most interesting panoramic view to enjoy here is the long curvy road that hugs around the hill villages. It leads to a small campsite on top of the mountain where you can stay to immerse yourself in nature.

READ THIS:  A complete guide to Hiroshima/Miyajima

The smooth terrain and unobstructed view of the mountain may be more enjoyable to those who are not as experienced in trekking or climbing, because you can walk leisurely without becoming exhausted. One tip is to pack light, putting all necessary items in your sling bag or small backpack so that you can stay active during the climbing trip.

El Nido, Palawan, in the Philippines, is one of the most exclusive campsites on this list. El Nido is located in the Palawan region and is made up of nearly 45 islands, each with its own unique geological features. El Nido, Palawan is also recognised as having one of the best beaches in the SEA.

With its ocean view and mild weather, camping by the beach is indescribable. Not only are there dive sites, but there are also many cosy cottages available for camping. If all you want to do is relax and enjoy the sounds of the beach and the beautiful views that El Nido has to offer, this will be one of your favourite destinations.

More and more people choose camping as a regular activity since it opens our perspectives about the nature, the local inhabitants, and their cultures. Southeast Asia has become a gem in the world of camping, for reaching the balance between wild nature and convenient service. 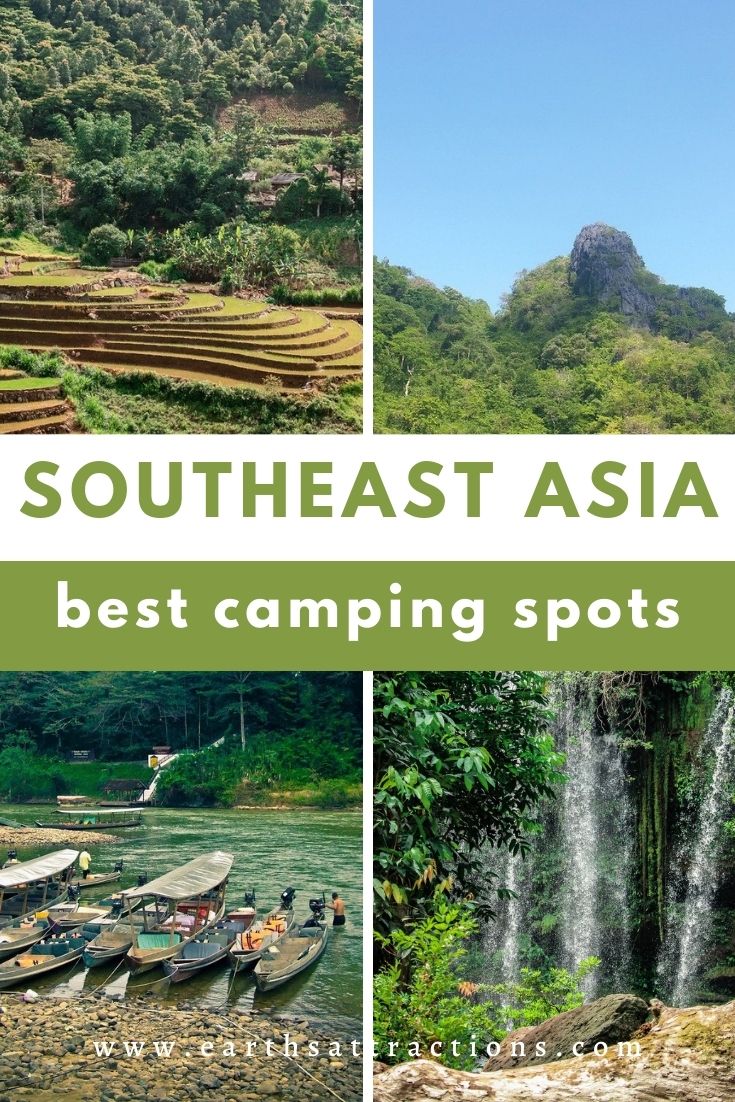 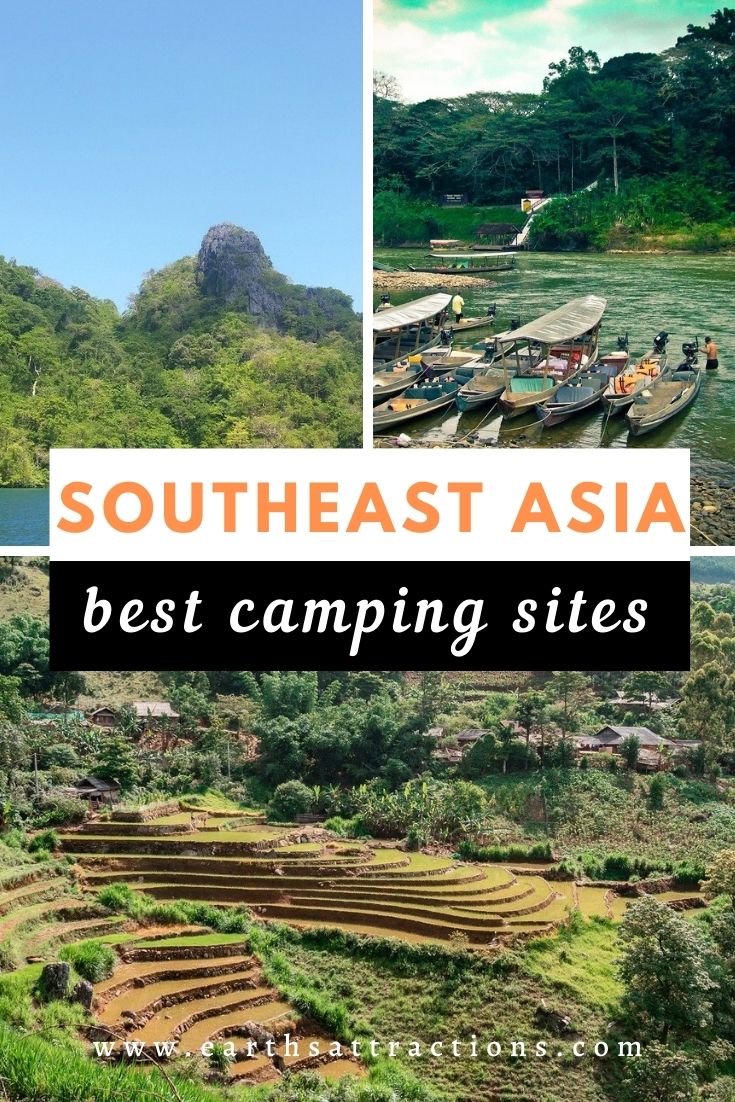