If you plan to visit New Zealand, then make sure to include Auckland on your itinerary. This city has mesmerizing landscapes, interesting landmarks, lovely beaches, and great food! Here is a local’s travel guide to Auckland, New Zealand with famous and off the beaten path attractions, where to eat and where to stay recommendations, and tips from Suzie Kelsey from The Wandering Linguist. This article on Auckland is a great addition to the travel guides series on this blog. 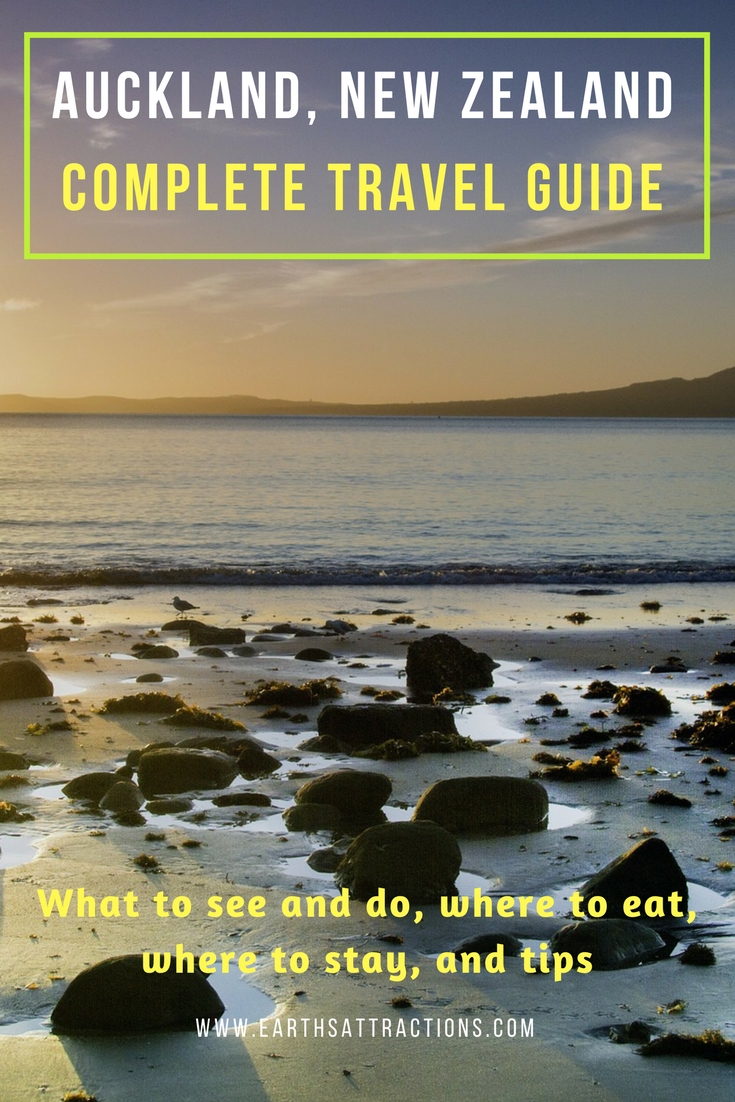 (pin made using this photo)

Auckland is a bit underrated in terms of worldwide cities, and I can understand people that may be underwhelmed. But under the surface, Auckland has so much to offer and I would like to point that out to people.

Auckland is located in the North Island of New Zealand. Because of its location between two seas (Pacific Ocean and Tasman Sea), it has some truly beautiful spots. What other city has rugged west coast beaches as well as calm, serene east coast bays?

It is also unique in that it was built on an active volcanic field, which (apart from the fact that we could erupt any minute) means that there are a lot of mountains and hills, providing great places to see a view and awesome hikes too!

Mission Bay
Mission Bay is the trendiest, most central beach in Auckland. Lined with a great selection of cafes and restaurants, it is a great place to have a bite to eat before taking a walk along the boardwalk or relaxing on the beach. It is a place with good vibes and lots of energy.

Mount Eden
Mount Eden is Auckland’s highest mountain, but it is still a pretty easy climb that can be done in less than an hour. At the top you will see the iconic skytower as well as surrounding city and suburban scenery. Not to mention it is a volcano with a giant crater in the center!

Sky Tower
Easily Auckland’s most famous landmark, the sky tower is New Zealand’s tallest tower and towers above the rest of the city, so you are in for a great view if you pay to go to the top. Eat at one of the fancy restaurants on the top floors, or simply walk around and admire the view. The sky tower is iconic because it can be seen from almost anywhere in Auckland.

One Tree Hill
This hill is so important that it is in the running to be a new world heritage site. Its cultural and historical importance in New Zealand is high, not to mention it is an awesome park with a great view of the city!

Auckland Domain
A big central park with marked walkways, sports fields and the Auckland Museum. Worth noting that the museum and sky tower both light up at night.

Rainbow’s End is the largest theme park in New Zealand which makes it a great place to visit with fun activities for people of all ages.

If you like surfing, then this is the perfect place for you. Known as the country’s best surf beach, Piha is a wonderful place!

Less than an hour drive from Auckland you’ll find Hunua Ranges, a perfect place for the entire family. “The park is the largest native forest in the Auckland region“, and the wonderful falls, the two dams, and the long walking trails will enchant you!

Auckland Off the Beaten Path

Kariotahi Beach
Vast black sand beach with huge sand dunes perfect for climbing up and exploring, great for strong vehicles as vehicles are permitted on one side of the beach, awesome for surfing, and very isolated with usually very few people around.

READ THIS:  The best Cape Town 2-day itinerary by a local

Wrights Water Gardens
This is a newly opened park in Auckland, similar to a botanical garden. It is a beautiful spot with lily ponds, greenery, flowers and waterfalls.

Mount Hobson
A smaller, less-well known mount but nevertheless has a beautiful view of the city and breathtaking sunsets.

Shakespear Park
This park is further out of Auckland and even if it is full of people you will often feel like there is no-one else around – it is very quiet, vast and enchanting.

Just 43 kilometres from Auckland lies Parakai, a great place to visit for awesome scenery and even skydiving!

Where to eat in Auckland

Where to stay in Auckland

READ THIS:  How to Plan Your Trip Easily From Perth Airport 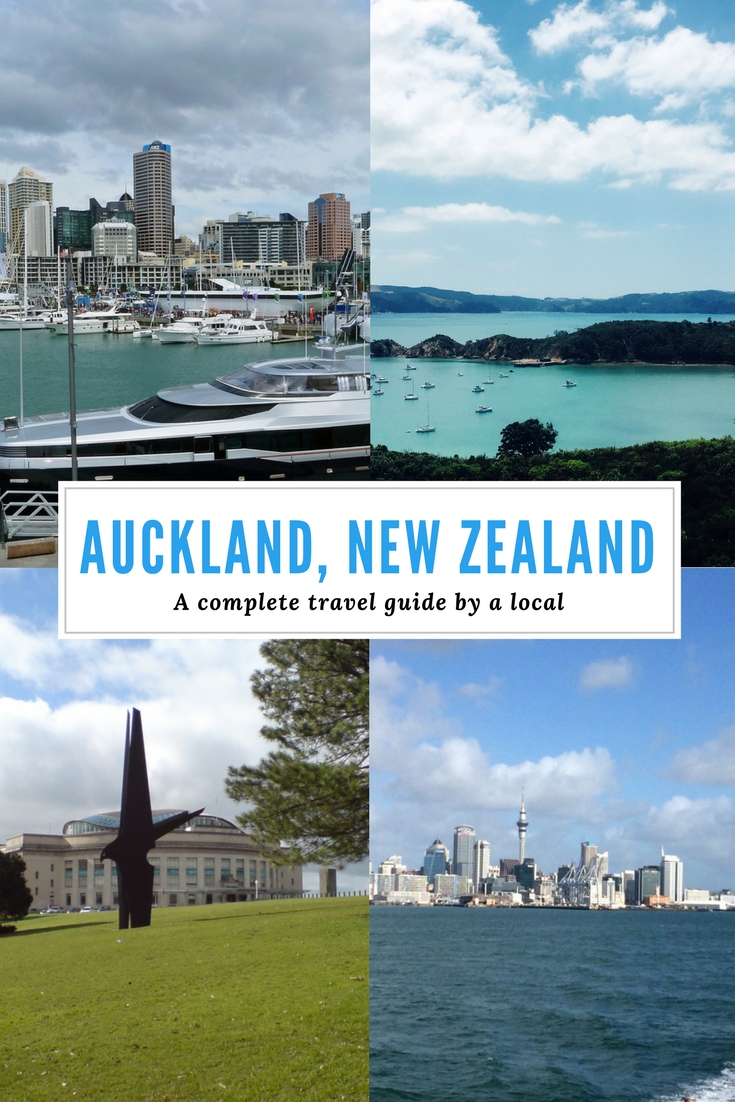 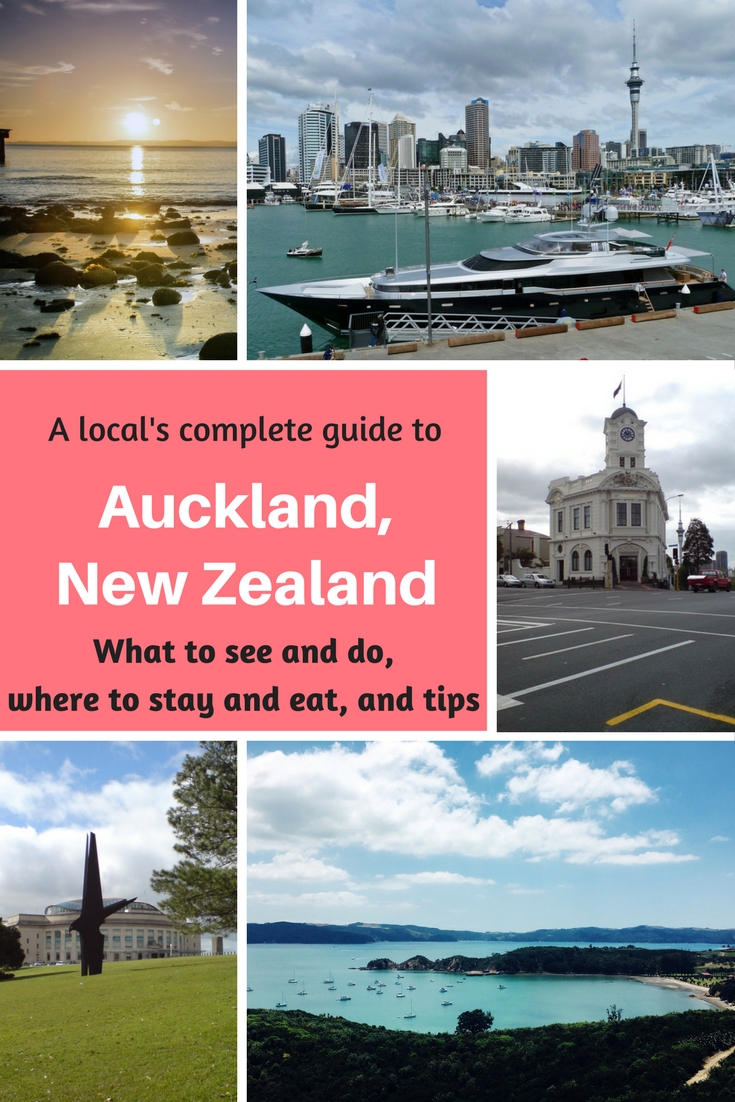