Travellers and holidaymakers from around both the United States and the world flock to Orlando. Some come for a warm break during the dark winters of the north. Others take a Family trip to Universal Studios, visit the Kennedy Space Centre or explore the mangroves on an airboat. First-time visitors have almost guaranteed blue skies, world-class entertainment and an unforgettable time in the Sunshine State. Check out these four top attractions to visit in Orlando.

Universal Studios features as one of Orlando’s top attractions entertaining millions of families every year. Bring the kids to explore the theme parks while Mom and Dad can enjoy the facilities in the onsite resort. Ride the adrenaline-pumping rollercoasters and get soaked in the water parks.

Embrace the live-entertainment, feel the warm connections and sit down for some of Orlando’s finest meals in the evening. A trip to Universal Studios is the perfect way to have a few days of family-friendly fun.

The Kennedy Space Centre lies approximately one hour east of Orlando. Both children and adults can immerse in space-fever and discover how the United States Space Program began all those decades ago. Walk through the complex and speak to astronauts who have felt the weightlessness of space.

Gaze inside the space shuttle and catch a glimpse of what it would be like to spend a few weeks orbiting the Earth. More importantly, seize the opportunity to learn about this critical part of history in the United States. Plan at least four hours to visit the Space Centre.

3. Ride an airboat through the swamps

The Sunshine State has vast plains of marshes and mangroves stretching for miles near Orlando. Alligators that thrive in the boggy-marshland sometimes make an appearance to either excite or alarm tourists. Join a tour through this unforgiving landscape on an airboat – the ones with a giant fan on the back to push it along the muddy river.

Let your guide point out the plethora of wildlife and flowers, some that’s endemic to Florida. Keep your eyes open for colourful tropical birds, gigantic snakes and the fearsome alligators lurking just beneath the murky surface. Depending on your interests, you can choose between different tour packages from birdwatching to wildlife spotting to exploring the maze-like labyrinth between the eerie mangrove trees.

4. Witness the weird and wonderful at the Ripley’s Museum

The hugely popular TV show we all watched during our teenage years has a museum in Orlando. Step inside and find strange oddities like a liquorice dress and a shrunken skull.

Get a guide to explain the bizarre objects and artefacts, and feel transported to the time you were sat fixated on the show when you were younger.

Orlando offers a range of fun activities to suit all tourists to this vibrant city in Florida. Bring your kids along to Universal Studios and the Kennedy Space Centre. Satisfy your curiosities at the Ripley’s Museum and go wildlife spotting in the mangroves! 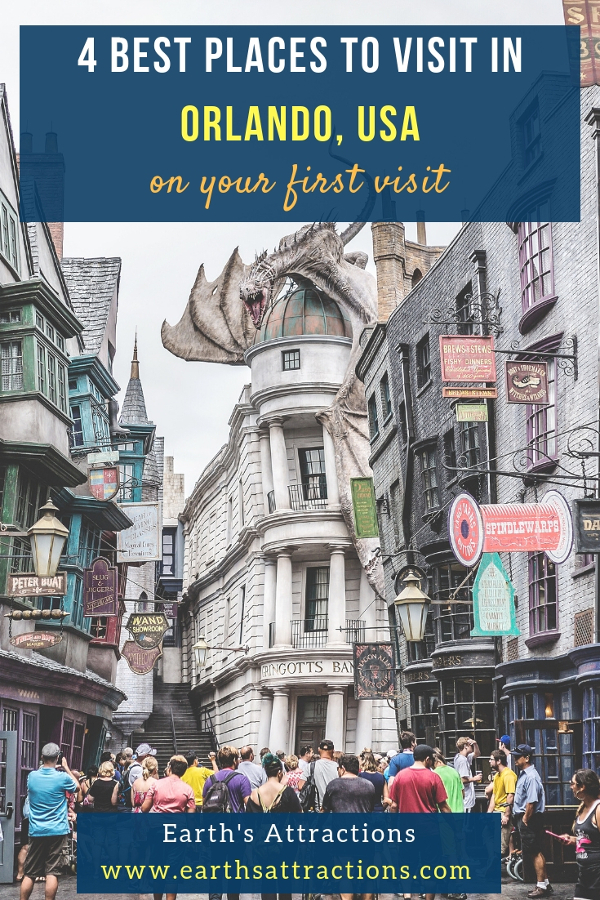