Rome is one of the most famous cities in Europe and a place to see at least once in your lifetime. Here is your local’s guide to Rome with off the beaten path things to see in Rome, best of Rome, and tips for Rome, where to eat in Rome, and where to stay in Rome shared by Giulia from Blocal Travel. This guide is part of the free travel guides series on this blog.

Your local’s guide to Rome with off the beaten path things to see in Rome, best of Rome, and tips from Rome

Rome might need no introduction 🙂 Its UNESCO area is well-known all around the world, and I’m sure that even if you have ever been here you know about the Coliseum, the Vatican, and Rome’s stunning city center. The city is an open-air museum, but of course, there is so much more to see and do in Rome than digging into its ancient history.

Included in this local’s guide to Rome: 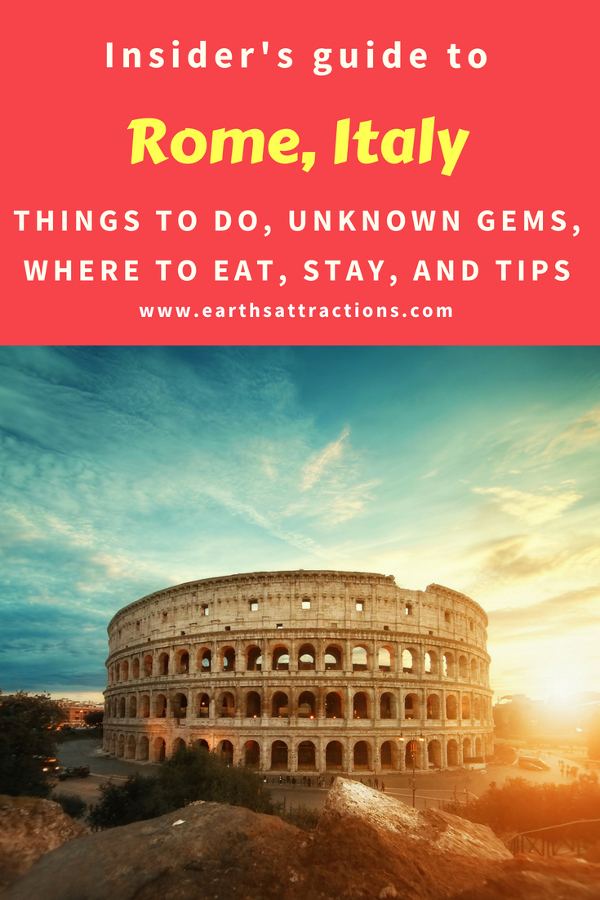 Vatican Museums are a must, as well as Capitoline Museums and the archaeological site of the Roman Forum, the one next to the Coliseum. Despite the tourist crowd, these places will steal your heart!

All the city center of the city is UNESCO-listed, and my favorite way to enjoy it it’s simply wandering around and sink in its beauty. My tip is to visit the main squares both during the day and at night, when they are less crowded, because it’s atmosphere is completely different.

Of course, no visit to Rome is complete without seeing Fontana di Trevi or Trevi Fountain – one of the famous attractions in Rome. This is the largest baroque fountains in the city and the money thrown in the fountain is collected and given to an Italian charity.

Altare della Patria (“Altar of the Fatherland”), also known as the Monumento Nazionale a Vittorio Emanuele II (“National Monument to Victor Emmanuel II“) is another item on the best of Rome list and one of the famous attractions in Rome.

Next on the list of best in Rome is Trajan’s column.

Another nice thing to do is to admire the panorama from its many terraces, like Gianicolo and Pincio, or even the highest point in Rome: Vicolo degli Innamorati (which, btw, can be translated as “Lovers’ alley”).

Finally, you should hunt Caravaggio’s paintings in the city center, starting from a church called San Luigi dei Francesi.

Off the beaten path things to see in Rome

Have a tour of Garbatella neighborhood, with its picturesque courtyards and genuine restaurants, visit the Centrale Montemartini Museum, whose collection of classical art is housed inside a former power plant, or the chocolate factory Said, in San Lorenzo neighborhood. The latter is the university neighborhood, where you can find many pubs and nice places to stop.

Flaminio neighborhood is where you will find the most photogenic contemporary architectures, from the buildings of the Auditorium to the one hosting the MAXXI Museum.

In this neighborhood, there is also a hidden gem we call “Little London”: a street whose pastel houses will make you think you are in Notting Hill. Yes, there are so many off the beaten path things to see in Rome that will enchant and surprise you!

As for music, one of the best alternative venues in Rome is a squatted place inside a stronghold called Forte Prenestino.

Monti is another neighborhood you shouldn’t miss: head there on weekends for the Monti Urban Market, where local designers and resident hipsters gather to shop and enjoy DJ-sets.

Last but not least, just behind the pyramid there is a monumental cemetery where Keats and Shelley are buried, which is especially beautiful and quiet.

Where to eat in Rome

You are in Italy, so it will be challenging to find a place where food is not exquisite, as long as you avoid touristy restaurants in the city center. Don’t worry though, as there are plenty of great places to eat in Rome. So here are my recommendations for where to eat in Rome.

One of my favorite places to eat in the city is Mercato Testaccio, a farmer market open on mornings with several street food kiosks serving amazing local recipes made with the freshest ingredients. There is also a fancier version of it, which is called Mercato Centrale and it is inside Termini station: there you will find small restaurants, where you can try a mix of Italian cuisine.

Traditional Roman pizza can be found at Pizzeria dei Marmi in Trastevere, while the most famous pizzeria from Naples (Pizzeria da Michele) has recently opened in Rome too, inside the Explora Museum.

If you love beers like I do, try Osteria Birra del Borgo, where they serve artisanal beers but also some high-quality products from Italy, such as cheeses, salami, and pizza made by the best bakery in the city: Bonci.

As for restaurants, I like a tiny place called Mazzo Centocelle: it’s a bit far away from the city center, but the food is worth the trip. Authentic Roman cuisine can be found at Betto e Mery, at Il Quagliaro and Il Timoniere.

Where to stay in Rome

Living in Rome, I don’t know so much about hotels and hostels, but you’ll definitely find where to stay in Rome. The only hostels I go to are those that organize some activities that involve locals as well, such as The Beehive, and those with a house pub open to the public, such as The Yellow and The Rome Hello. I also go to a place in Trastevere called Together Network, which hosts both short and long-term residents and organizes many events inside its space.

READ THIS:  Photos from Paris

As for hotels, I like the Orange Hotel for its unpretentious rooftop restaurant open to locals as well, and the Art Hotel for its contemporary art collection.

The main issue in Rome is public transport. Be sure to book a place near the metro line, as buses are not always very reliable.

Taxis are quite expensive, so wear comfortable shoes and be prepared to walk a lot!

The city is safe, but it’s wise to use the same common-sense recommendations as in any other big city.

Main tourist attractions can be very crowded, so book in advance and buy tickets online if you can.

Finally, at least for one day leave the map and the guidebook at the hotel and just wander aimlessly around the city: every corner of Rome is magic and walking around its picturesque streets is the best way to experience the city.

Final conclusions:
Rome is beautiful not only for its ancient history and its monuments but because it is a lively city at the present time. Find something you enjoy to do at home and do it here: yoga classes at the park, cooking workshops on how to prepare hand-made pasta, watercolors to paint what is in front of you, salsa nights at clubs or a photography tour with a professional photographer. Rome is not only the Eternal City that ruled the ancient world, it’s also a contemporary city where you can enjoy whatever you are into. Use this local’s guide to Rome with off the beaten path things to see in Rome, best of Rome, and tips for Rome when planning your (next) trip to Rome!

About the author: Giulia Blocal
www.blocal-travel.com
I blog about off-the-beaten-path places in Rome, the city where I’m born and bred, and all around Europe. I like street art, food, museums, books, craft beers and to have loooong walks around the city. Follow her travels on Facebook and Instagram. 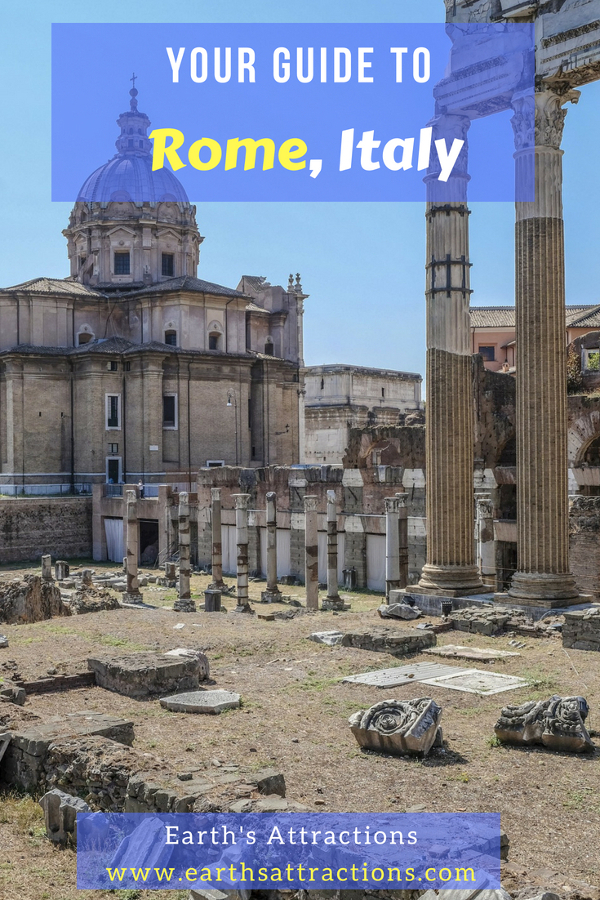 16 thoughts on “Your local’s guide to Rome with off the beaten path things to see in Rome, best of Rome, and tips for Rome”