I’m sure that everyone saw at least one picture from Venice in a book, in a magazine or online. It’s famous, it’s impressive and it lures tourists year after year. It’s Venice, Italy! If you are planning a visit to Venice, Italy, then I got the perfect Venice travel guide for you!

This guide to Venice is part of the free travel guides series on this blog.

Venice is one of the most stunning cities on the planet. It was founded on a series of muddy islands in a lagoon in the north-east Adriatic as a refuge from invaders.

The city grew from these humble beginnings to become one of the most powerful in Europe during the Middle Ages with a vast trading empire.

It’s a city with canals rather than streets, with boats rather than cars, and an amazingly rich cultural, artistic and architectural heritage. But the greatest work of art to see is the city itself.

Included in this Venice travel guide:

Best things to see in Venice

The Basilica – which dominates Piazza San Marco, St Mark’s Square – is one of the most exotic churches in Christendom, a cluster of onion domes on the outside and rich golden Byzantine mosaics within and one of the best places to visit in Venice Italy.

It was built to house the relics of St Mark, which were acquired from Alexandria by somewhat dubious means by two Venetian merchants.

The Doge’s Palace, or Palazzo Ducale, was the sumptuous official residence of the doge, the elected leader of Venice.

It was the centre of political power in the Venetian Republic, and the rich collection of artworks gives a strong indication of how wealthy this city-state became.

READ THIS:  A Quick Guide to Renting an Apartment in the UK

It is also where prisoners were held – they would famously walk across the Bridge of Sighs to their cells to begin their sentence.

Andrea Palladio’s Basilica of San Giorgio Maggiore is one of the most famous sights in Venice.

It’s a beautifully proportioned church just across the water from San Marco, one of the most-photographed sights in the city.

The Ponte di Rialto was for centuries the only means of crossing the Grand Canal other than boat. It’s a unique Venetian icon, recognisable for its arcades of shops each side.

Rialto Bridge is one of the best viewpoints on the Grand Canal, and the area immediately to the west is home to the city’s main food and fish markets.

The Grand Canal is one of the most beautiful thoroughfares in the world, and a cruise along its length should be one of the first things you do in Venice.

The #1 vaporetto (waterbus) takes you from the bus and railway stations via Rialto to the two stops either side of an Marco, before continuing to the beach island of Lido.

It’s one of the most amazing journeys you can take by public transport anywhere in the world – and one of the best things to do in Venice Italy.

Burano is a small island in the north of the Venetian lagoon, half an hour away from the city by boat – and one of the best things to do around Venice.

It’s best-known for its brightly painted houses, which look incredible in bright sunlight. It’s a pleasant place to while away a few hours, with a church with a precarious leaning tower, a lace museum and a good selection of restaurants.

But the main reason to visit is to photograph the houses.

Off the beaten path attractions in Venice

This guide to Venice wouldn’t be complete without mentioning what you can do off the beaten path in Venice!

And, apart from the famous places to visit in Venice, let me tell you that there are plenty of off the beaten path things to do in Venice, Italy that you’ll love.

During the daytime Piazza San Marco is overwhelmed by the sheer number of visitors, but by the end of the day it’s a very different story.

We love the walk west from the Piazza to Accademia bridge, it’s one of the most atmospheric and romantic in the city (and one of the must-sees included in this visitor’s guide to Venice).

You pass some stunning churches, especially Santa Maria del Giglio, on the way, and Campo Sant Stefano is a great place to stop by for a gelato.

READ THIS:  A local's guide to Stratford-upon-Avon, Warwickshire, UK

This is one of our favourite buildings in Venice, an exquisite exterior staircase of a palazzo hidden away in a courtyard in San Marco sestiere.

It takes some serious seeking out, but signs from Campo Manin (ironically the least attractive square in Venice) direct you there. It is now open to visitors, giving a wonderful rooftop view of San Marco’s campanile and domes.

The church of Madonna of the Garden is tucked away in one of the far corners of Cannaregio, the district in the north-west of the city.

It’s worth the detour off the beaten path for its Tintoretto paintings, especially the Last Judgment and the Adoration of the Golden Calf.

Pellestrina is a remote island strip to the south of the beach island of Lido. If you’re visiting the fishing port of Chioggia, this is the best way to go.

There aren’t many sights to see, but it’s a great place to appreciate the location of Venice, with the 18th century murazzi walls built to keep out the Adriatic Sea on one side and fishermen’s huts on stilts looking out over the still waters of the lagoon on the other.

Where to eat in Venice

Venice doesn’t have the best reputation for food because many restaurants serve mediocre food to tourists at exorbitant prices.

However, you can eat well there, especially if you avoid the tourist traps around San Marco and try some local Venetian cuisine. Let’s see the best restaurants in Venice.

One of the local culinary traditions is cicchetti, bar snacks not unlike Spanish tapas, usually accompanied by a glass of wine.

These are served in places called Bar, Bacaro or Cantina. There are several great places in and round the Rialto market, including the standing-only Cantina do Mori and Osteria All’Arco.

Another place serving Venetian classics (including cuttlefish risotto cooked in black ink) is Ca’ del Vento, tucked well out of the way near San Basilio vaporetto stop in Dorsoduro.

We’ve found over many visits that Dorsoduro is one of the better areas to eat in Venice if you’re on a budget. Campo Santa Margherita is close to Venice’s University, so there are lots of bars and restaurants pitched at students, including several pizzerie.

These tend to be considerably less expensive than what you have to pay around San Marco. As you can see, there are many food options in Venice.

Where to stay in Venice

Venice doesn’t have the widest choice of hostels and backpacker accommodation in the world, but if you book far enough ahead you can find somewhere, even in high season. Let’s see the best accommodation in Venice.

The old youth hostel on the island of Giudecca, to the south of the city, is now the Generator Hostel. This has had a makeover in recent years, and there are dorm beds and private rooms in this converted granary.

There’s another hostel at the opposite end of Venice, in the sestiere of Santa Croce, close to the railway and bus stations. L’Imbarcadero even has some rooms with Grand Canal views, and it’s a very short walk from Riva de’ Biasio vaporetto stop.

You can also find plenty of hotels in Venice across the Grand Canal close to the railway station. Lista di Spagna is the main route from the station to the city, and there are several budget options around there.

The best of these is the two-star Hotel Villa Rosa, which is close to the Parco Savorgnan, one of very few parks in the city.

If you’re looking for a romantic treat, you can’t beat a hotel overlooking the Grand Canal. Hotel San Cassiano Ca’ Favretto is a wonderful option, four-star luxury in a medieval palazzo just a short distance from the Rialto markets.

If you want to see Piazza San Marco at its best, get there before sunrise, when it’s sublime. The square and waterfront area are virtually deserted, the first rays of the sun peek above the horizon, bringing everything to life.

By late morning it’ll be swamped with visitors, but for the best time of day you’ll have it all to yourself. Most of the crowds will also have dispersed by the evening.

You don’t have to go far to escape the crowds in Venice, even in peak season.

San Marco will always be packed, but if you explore less-frequented areas like around San Francesco della Vigna church in Castello or most of Cannaregio, you can appreciate the unique beauty and charm of this amazing city in peace and quiet.

Venice can be a very expensive place to visit, but if you’re prepared to come in cold January, you’ll get some incredible bargains.

We’ve found places charging less than 20% of their peak season rates at this time of year – for this you can stay right in the centre, close to San Marco.

About the author: David Angel

David has been a professional photographer, art director and writer for twenty years. He’s originally from Wales and currently lives in Australia with his wife and son. He is the owner of delveintoeurope.com and travelwithlittleone.com. Follow his travels on Facebook, Twitter, and Instagram. 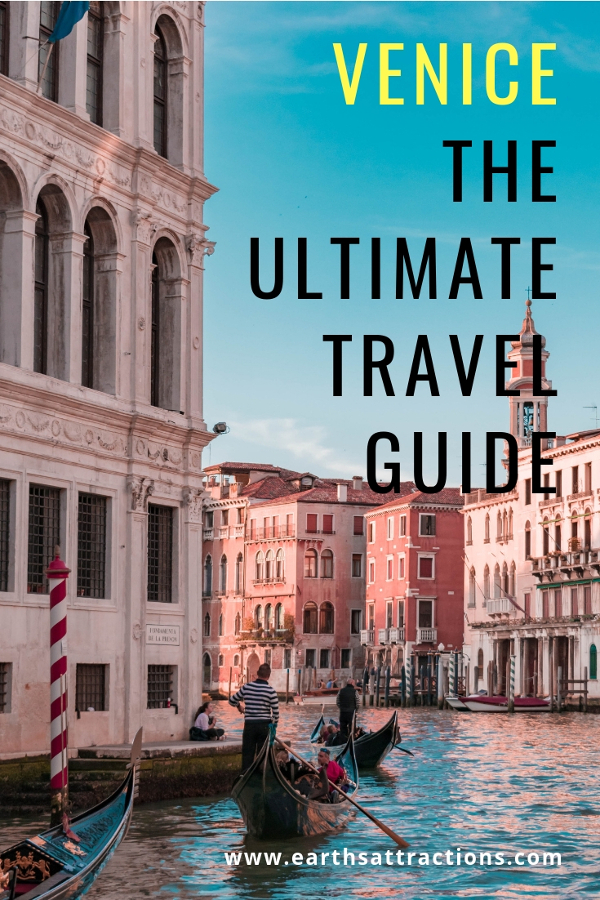 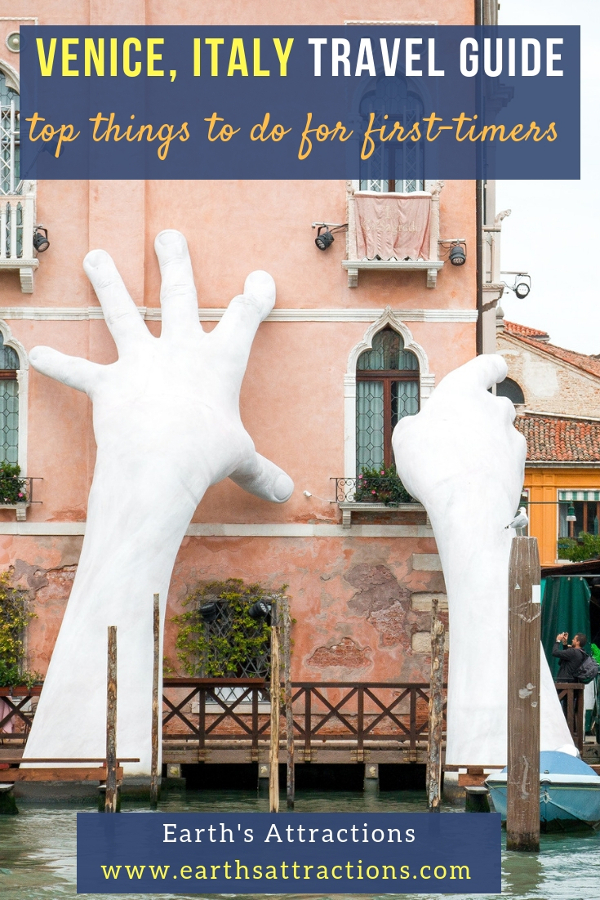 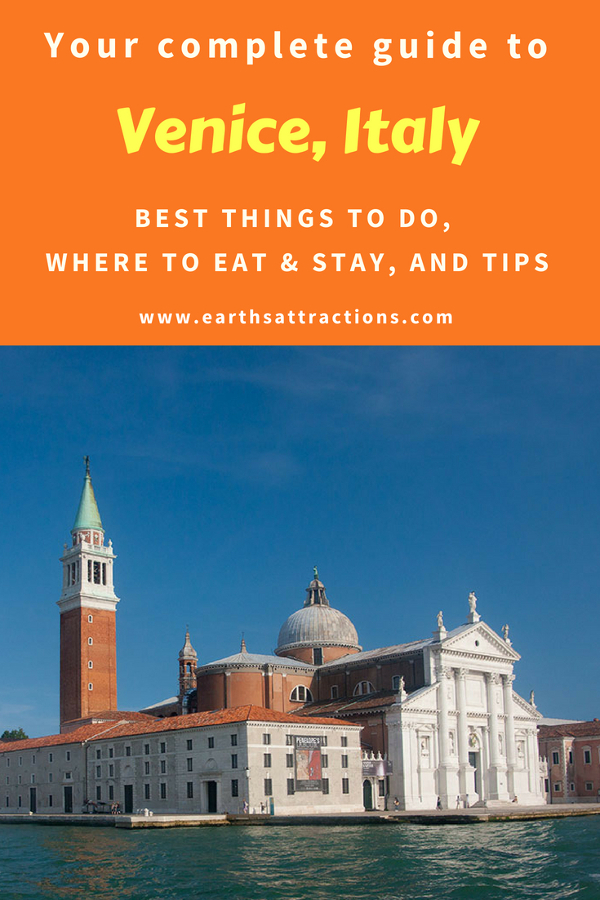 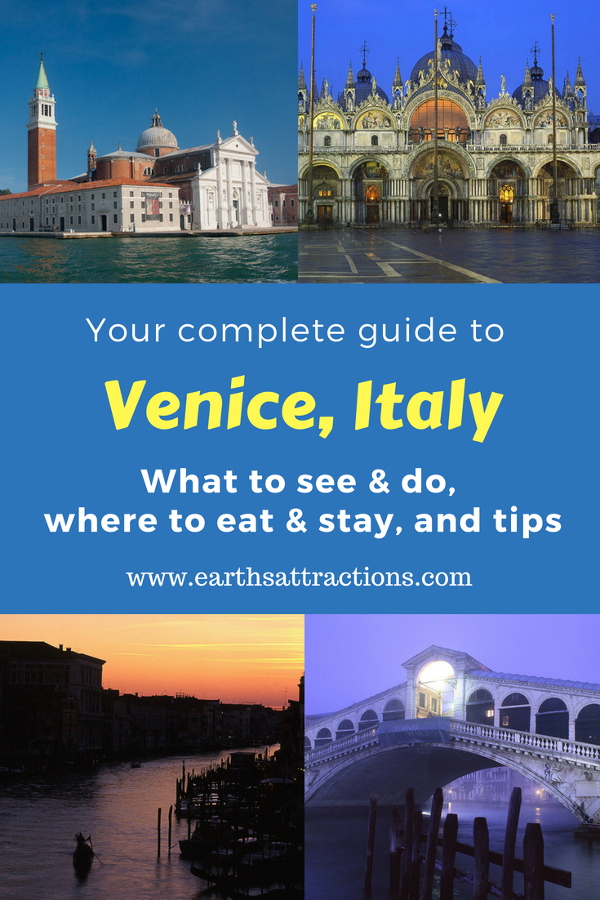