Included in this Schönbrunn Palace guide: 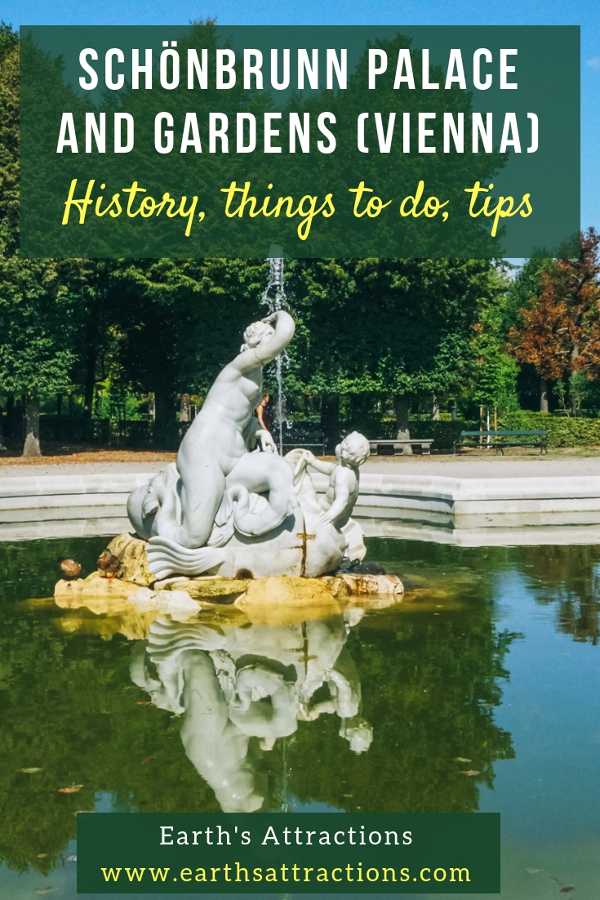 Schönbrunn Palace is one place you will want to be sure to include in your visit to Vienna. Named as a UNESCO site in 1996, its lavish beauty, art, and formal gardens will open your eyes to the elegant lifestyle enjoyed by Austria’s Imperial family. Visitors to this palace included young Wolfgang Amadeus Mozart and Napoleon Bonaparte. Marie Antoinette of Versailles fame spent her childhood here. Join the famous as well as the commoners of long ago who’ve walked here, and you’re sure to have a memorable experience! Let’s see some interesting Schonbrunn Palace facts first!

Schönbrunn in its first incarnation dates back to the Middle Ages, when it was used as a hunting lodge. Eventually the Habsburgs came into possession in 1569, when Schönbrunn included not only a house but also stables, a watermill, gardens populated by pheasants, and orchards. Emperor Maximilian II extended the gardens to include more fowl, breeding peacocks and turkeys. Later resident Emperor Matthias used this estate for hunting. He is the one who named it, according to legend, when he happily discovered a schöner brunnen, which means “fair spring.”

The estate remained a summer country house until Emperor Charles VI gifted it to his daughter Maria Theresa in 1728. Under her reign, Schönbrunn transformed into the center of court life. She hired an architect and together they rebuilt and expanded Schönbrunn into a palatial home. As many as 1,000 people lived here, making additions to the buildings necessary. Her influence included painting the extensive exterior a color that is now known as “Maria Theresa Yellow.”

Begin your time at Schoenbrunn Palace in Vienna, Austria with an audio tour that guides you through the rooms where royalty lived. The focus is on two of the most famous residents of the palace, Empress Maria Theresa from the 1700s and Empress Elisabeth “Sisi” from the 1800s – that’s why you’ll hear some people refering to this palace as Sisi museum (Vienna). The visit inside Schönbrunn Palace is magnificent and I am sure you’ll love the Schönbrunn Palace interior!

In addition to transforming the residence, Maria Theresa and her husband Francis had 16 children. Her 11 daughters included Marie Antionette, of Versailles fame. Maria Theresa entertained royally. She enjoyed dancing the night away. When six-year-old Mozart performed for her guests, she was so delighted that she allowed the young musician to jump into her lap and shower her with kisses.

The grandest room on the tour is the Great Gallery, with its Rococo décor, gold and mirrors, and ceiling frescos. This is the showpiece of Maria Theresa’s artistry. Notice the chandeliers that light the room with more than 1,000 bulbs. Originally containing candles, the light fixtures were electrified in 1901. But only recently all the bulbs were updated to LED lights with flame-shaped bulbs to imitate the original candle lighting.

Fast forward to the next century, when the great-grandson of Maria Theresa and future emperor Franz Joseph was born in the palace in 1830. He married Elisabeth in 1854, giving Austria its well-loved empress known to all as “Sisi.” You will see rooms on the tour that are decorated in Sisi’s era.

You learn of her beauty, with her floor-length hair washed every two weeks with a special mixture of cognac and egg. She would sometimes skip meals to maintain her tiny waist of about 17 inches. Sisi travelled often, and on a trip to Geneva she was stabbed to death at age 60. Sisi is so popular today that you can find a museum dedicated to her and boxes of candy all over Vienna bear her portrait.

You can get lost on purpose in the Maze made of yew hedges, and you can play games in the garden Labyrinth. The grounds also offer fountains, sculptures, and a zoo.

The Schönbrunn Palace Gardens – free for everyone – are a not to miss in Vienna. During the summer you can admire the beautiful flower arrangements!

On a hill overlooking the palace is the fascinating Gloriette, a structure built to honor a triumph in battle during Maria Theresa’s reign. This Gloeriette, Vienna, is beautiful and you won’t miss is as it’s visible from the moment you set foot in the Schönbrunn Palace Gardens.

Climb up the grassy hill and turn around for breathtaking views of the palace. You can enjoy a lunch of salads or sandwiches in the café inside the Gloriette. This is also the perfect place for a cold drink on a hot day.

If you visit with young ones, this is the place to go to spark their imagination. The museum allows you to explore everyday life in the era of Maria Theresa.

The 12 rooms contain presentations about food, fashion, hairstyles, servants, and schooling. Children can play with the toys scattered around, and they can learn a “fan”tastic secret language.

A picture wheel shows the differences between growing up as a commoner and growing up in the Imperial family.

And you’ll find that everyone can become a prince or princess while at Schönbrunn! Just head to the costume corner and dress up in the finery there.

The Schönbrunn Palace Gardens are free and are open during daylight hours.

Tickets to tour the palace give you two option:

Schönbrunn Imperial Tour: 22 rooms, 30-40 minutes
This tour will take you through the different stylistic eras of the imperial monarchy. Included are the state rooms and private apartments of Franz Joseph and Sisi.

READ THIS:  Tips for making car rental an easy experience

Schönbrunn Grand Tour: 40 rooms, 50-60 minutes
This option incudes more rooms decorated from the time of Maria Theresa. The first 22 rooms and tour information are the same for either choice. If you have a ticket for the Grand Tour, you will then continue to the remaining rooms. For the small difference in price, I’d recommend choosing the 40-room ticket.

If you can, plan to arrive in the morning, as early as your schedule allows. The grounds tend to get more crowded as the day goes on. Summer is typically busy. You can buy a ticket online to avoid lines at the ticket center. Then you can proceed directly to the palace entrance.

Expect a line for security, too. Backpacks and larger bags must be checked in before security, but the system is well run. Just hang on to your claim ticket.

You can take a camera and phone into the palace, but no photos are allowed once you start your tour of the rooms.

Check the palace website shortly before the day you plan to visit. You can note any changes in hours or discover the special Schonbrunn Palace events that you may want to attend to.

Wondering what time of year to visit Vienna? The summers can be hot, especially in July and August. Winters see some snow, though not a great deal. If you visit from December to February, expect cold weather and bundle up. Also come with sturdy footwear to walk safely in slush or snow. The shoulder seasons of spring and fall are likely to be pleasant, with plenty of spring flowers or changing leaves to enjoy.

Sharon writes about her travel adventures at Exploring Our World. She firmly believes that exploring new places enriches our lives, especially when we delve into the history and culture. The more we learn about our world, the better we understand each other—and ourselves. For travel ideas and inspiration, follow her on Twitter and Pinterest. 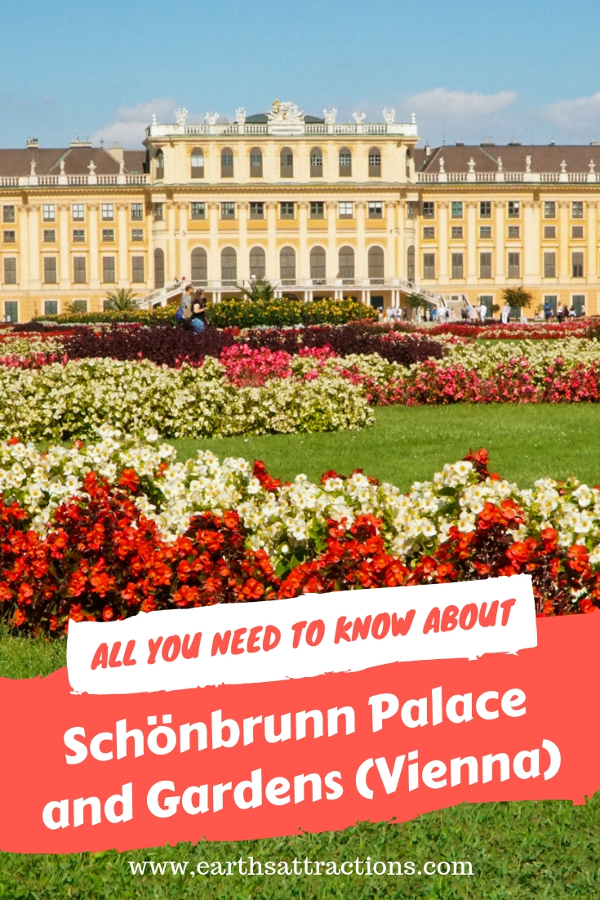